After having finally and officially unveiled themselves as “TBD” to a sold-out capacity crowd at FSW MECCA VII on February 4, 2022, the Samoan Southpaw, HERO LEU, and the 6’ 7” Spartan, SHOGUN SOS, made a massive statement in their impressive victory against a seemingly insurmountable obtstacle by defeating the massive Toa Liona and Juicy Finau to win the FSW Tag Team Championships in front of an standing-room-only FSW Arena crowd at FSW DAY OF RECKONING.

The origins of TBD is one that has certainly had a long and interesting evolution  . . .

GENESIS OF A TAG TEAM

In October 2019 – at FSW’s annual and entertaining Halloween event,  Shogun and Hero Leu entered the ring dressed as WWE legendary Tag Team, “The Acolytes.”  This marked the first time Leu and Shogun had teamed up.  The pair’s performance drew rave reviews and, almost immediately, there was a buzz throughout the FSW Fandom wanting to see more tag team matches involving the pairing of Shogun and Hero Leu.

But the FSW Fans would have to wait, because just a few months later – in March 2020 -Shogun would win the FSW Tag Team Titles with non-other than FSW Hall of Famer and TNA/ROH Superstar, Kenny King, at FSW MECCA VI.

And then … a pandemic hit and the world shutdown . . .

A PARTNERSHIP BATHED IN DESTINY

After an unanticipated long hiatus due to the COVID-19 pandemic, FSW returned to action in late 2020.  With his Tag Team Champion partner busy winning Tag Team gold in Ring of Honor – and thus unable to regularly defend the FSW Tag Team Titles together – Shogun found himself returning to singles matches. Also returning to compete, however, was the 2019 Rookie of the Year, Hero Leu- and the two would eventually start to test the competitive waters as a Tag Team.

As Hero and Shogun continued to develop and improve as Tag Team competitors, FSW Management began to take notice.  On January 30, 2021, the team of Shogun and Hero faced The Unguided (Damian Drake and Matt Vandagriff), who would steal the victory with the help of a baseball bat.

Not to be discouraged by the controversial defeat, Hero and Shogun would go on to defeat the team of  Action Braxton and Fresco in February 2021.   To many within the FSW Fandom, it began to look like this new Tag Team force was on their way to great things.

THE RETURN OF THE KING

In March 2021, Shogun’s Tag Team Champion partner, Kenny King, returned to FSW and declared himself ready to defend the titles to all-comers.  But the reignited duo of King and Shogun would be short-lived, as the team dropped the Tag Titles to THE UNGUIDED at FSW HIGH OCTANE on March 27.

Visibly disappointed by the loss of the titles he had held for over a year, a distraught Shogun took out his frustrations on Kenny King – leaving his now former Tag Team partner laying bruised and broken in the ring.

Following the loss, Shogun would take some time away from the squared circle to re-evaluate his goals and future.

Late Summer 2021 would see the return of Shogun with a renewed vigor and focus . . . and by his side, the Samoan Southpaw, Hero Leu.   The reunited duo would soon find themselves earning a marquee match at FSW SURVIVAL OF THE FITTEST in September 2021 – teaming up with NINO BLACK in a 3-on-4 Handicap Elimination Match against LIGHTS CAMERA FACTION (Action Braxton, Fresco, Watson, and Ice Williams).  In the end, the numbers advantage would prove too much for Shogun, Leu and Black – with  LCF stealing the victory.

It wouldn’t take long, however, for Hero and Shogun to exact some payback upon the unscrupulous LCF.  In October 2021, Hero and Shogun demanded a 2-on-2 match against LCF’s Braxton and Fresco.  At FSW HIGH OCTANE on October 2021, FSW Owner, Joe DeFalco, granted the duo’s wish.   With a big boot that nearly launched Action Braxton’s head all the way to Hollywood, the team of Shogun and Hero Leu defeated Lights Camera Faction and began turning heads as they began their climb up the FSW Tag Team Division ladder.

Over the next several weeks, the FSW Championship Committee took notice of Shogun Hero’s growing list of victories and decided the team was ready for an FSW Tag Team Title opportunity.   At FSW NO ESCAPE in November 2021, Shogun Hero found themselves in a FSW Tag Team Triple Threat Title Match against the Tag Team Champions, DeathXProof and the behemoth duo of TOKO USO.

However, rather than retreat in disappointment from the loss, the team of Shogun and Hero appeared to be more motivated than ever to continue prove themselves a formidable force within the FSW Tag Team Division.

THE BIRTH OF TBD

Continuing to rack up impressive wins over the likes of Los Suavecitos and Greatness & Tenacious, Shogun and Hero started to show signs of dominance within the FSW Tag Team Division – so much so that they deservedly earned themselves a spot in the Triple-Threat Tag Team Turmoil match at FSW MECCA VII (February 4 2022) against Sky High and the former Tag Champs, DeathXProof– the winner to be declared #1 Contenders for the FSW Tag Team Titles.

It was at MECCA VII where Shogun SOS and Hero Leu would introduce themselves to the FSW Fandom as TBD.

While no titles were on the line, both Sky High and DeathXProof were champions for other promotions – so a pin or submission over either would be a significant statement.  At one point in the match, both Hero Leu and Shogun launched their super-heavyweight bodies over the top rope and onto their opponents outside the ring.

With both members of DeathXProof left dazed and confused outside of the ring – and in a skillfully coordinated effort – TBD would deliver dual powerslams upon both Robbie Lit and Mondo Rox of Sky High for the pin and a date with Toco Uso as the #1 Contenders for the FSW Tag Team Titles.

On the one-year anniversary of Shogun SOS losing the Tag Team Titles at Day of Reckoning 2021, it seems only fitting that his and his partner, Hero Leu’s, journey to challenge for the FSW Tag Team Titles would come full circle at FSW DAY OF RECKONING 2022.   Only this time, they would be facing one of the most powerful and dominating duos in FSW history in Toko Uso (Toa Liona and Juicy Finau).  If that weren’t enough of a mountain to climb, TBD would have to contend with Toko Uso’s unscrupulous MK Army General, MK, circling outside the ring.

In an all-out war that started outside of the ring and into the capacity FSW Arena stands, TBD found themselves facing seemingly insurmountable odds toward taking the FSW Tag Team Titles from the Samoan Juggernaught duo of Liona and Finau.  After headbutting both members of Toko Uso, Hero Leu fell victim to a double headbutt from the defending Champions. Shogun would make the tag, but soon found himself cornered and overpowered by the colossal duo – desperately fending them off with punches until a headbutt from Finau rendered Shogun nearly unconscious.  Somehow managing to make it to his corner, Shogun tagged in his partner and a recharged Hero Leu ran through his opponents – opening Liona to a roundhouse kick and a jumping knee strike capped with a flatline from Leu.  As Shogun becan to regain his composure, the lurking MK lured Shogun away from the fight – opening him to a sneak attack by the 400+ lb Juicy Finau. Toko Uso then pulled out a door from under the ring with the words “Fuck TBD” spray painted on it.  As Finau set the door up, he and MK had some sort of disagreement – leading to Finau getting thrown through the door courtesy of a devestating Samoan Drop from Hero Leu.  MK then accidentally smashed Liona in the face with one of the Tag title belts, leading to a Shogun/Hero double team roll up on Liona for the 1-2-3 . . .

After the match, the now former Champs, Toko Uso, showed respect for the new Tag Champions with both a congratulatory handshake and embrace.

One thing is for sure … THE FSW TAG TEAM DIVISION IS ON FIRE in 2022 – and the new FSW Tag Team Champions are most assuredly worthy and formidable representatives of Fuure Stars of Wrestling.

But make no mistake, there is no shortage of hungry contenders waiting in the wings to challenge the new Tag Champs for the titles – be it veteran seasoned warriors, DeathXProof (Cody Hancock and Jacob Austin Young,) to the high-flying dynamic duo, Sky High (Robbie Lit and Mondo Rox), to the angry attitudes of Los Suavecitos (Ricky Gomez and Danny Rose), to the blazingly dynamic skills of Heart & Soul (Nic Zander and Chase Bell), to the powerhouse dastardly duo RMB (Big Money Clutch and Sugar Brown) . . . not to mention a myriad of watchful Tag Teams across the country who would love nothing more than to unseat the new Champs and taste Vegas championship gold. 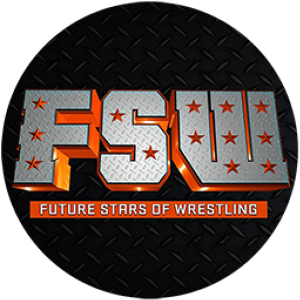 Ice Williams Sets His Sights On The FSW Heavyweight Title

After An Amazing Year of Championship Triumphs and Disappointing Setbacks, DeathXProof Shows No Signs Of Slowing Down